Lead Magnets and The Wizard of Oz Over the last six months, I did a bit of an experiment. As I was looking more and more deeply at the email marketing efforts of businesses across a variety of verticals, I decided to sign up for every lead magnet that I saw. Basically, if there was something I thought I could learn I signed up and downloaded the free gift. What I found was… disheartening.

I downloaded 29 lead magnets in July and August and I read all of them. Some I just skimmed, but most I really dug in. I took notes. I wrote down every piece of information that I thought was valuable and that I could use going forward. And the magnets that I thought were really fantastic? I saved those. And what did I come up with?

I saved 3 guides and wrote 4 pages of notes. That’s not a lot.

Most of these downloads were nothing more than a mediocre sales pitch. 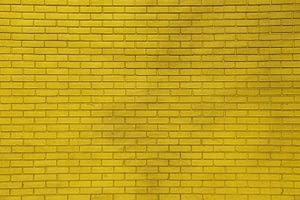 In The Wizard of Oz, when Dorothy finally gets to the Emerald City, she looks behind the curtain and finds that the whole thing is an absolute farce. The Wizard is just a guy pulling some levers and relying on cheap tricks to try to get people to do what he wants them to. Sound familiar?

Most of the lead magnets I’ve read over the past few months were guilty of the Wizard of Oz syndrome. It was all cheap tricks and the thing they promised just wasn’t there.

“Our Secret Guide to 12 New Clients in 30 Days”. The secret? Give us a bunch of money and we will try to get you more clients.

“Developing a Marketing Automation Plan in 3 Easy Steps.” Step 1. Call us. Step 2. Pay us. Step 3. We will do your marketing for you.

The real problem that these terrible lead magnets are that it is leading to a greater and greater distrust of marketing efforts. Whether you’re Dorothy, the Tin Man, the Scarecrow, or the Lion, you’re probably as sick as I am of the Wizard being such a jerk. And it’s making you not trust wizards as a whole.

So how can we fix it?

First, don’t oversell it. If your guide isn’t the greatest thing since sliced bread, don’t say it is. Don’t say it will do things that it won’t. Don’t promise insane results when you know that the vast majority of users are going to get average ones. Be honest with what you’re giving and how it will help.

Second, play it cool. Just because I downloaded your free guide does not mean I’m ready to give you my credit card. If I wanted to buy your stuff, I would have. I wouldn’t have downloaded your free guide. This doesn’t mean you can’t follow up a guide with a check-in or that you shouldn’t nurture the relationship. You can. You should. What it means is that you shouldn’t seem desperate.

Lead magnets are great. But like everything that marketers have ever found success with, they have beaten them to death. They’ve used and abused them to the point where every lead magnet comes with the expectation of a terrible interaction to follow. This is your opportunity to change it up.

Instead of hiding all of the nuts and bolts behind the curtain, blow the doors off. Bring exceptional value. Deliver the goods. Don’t rush it. Use your exceptional value to deliver an expectation of exceptional experiences moving forward.

Make something people actually give a shit about.